The Pros and Cons of Geothermal Energy Systems

The Earth provides us with great sources of free energy. Technology is improving the ways we can power our homes using solar, wind, and water resources. However, probably the most abundant and consistent source is one we have been walking on since man stood upright—geothermal.

The knowledge to tap into this resource has been around for more than a century or for thousands of years, depending on whom you ask. The essentials for the modern system came to us from an Italian inventor, and the basic benefits and limitations have remained much the same since.

Geothermal energy is produced at the Earth’s molten core, which has been bubbling for billions of years. So as an energy source, it can be counted on to be a viable and reliable one for millennia to come. In fact, scientists tell us that there is enough energy produced in the Earth to provide for the entire population of the world.

Geothermal systems hold some distinct advantages over its rivals, be they green technology or the old fossil fuel variety. For one thing, it is reliable. As long as the pipes are set deep enough in the ground the temperature will be consistent, providing energy at a rate and cost that will remain unchanged throughout the year.

The efficiency of geothermal systems leads to some great cost savings. Experts estimate that a home could save up to 60 percent on heating and as much as 50 percent on cooling immediately after the system is installed. Given the geographic location of the house, those savings could go even higher, meaning a savings of thousands of dollars a year.

To get those savings, though, a homeowner will have to fork over a significant amount upfront to have a geothermal unit installed. Costs for an average sized home with unremarkable drilling conditions can run $10,000 to $20,000, which for most will take five to 10 years to recoup from the energy savings. Also, electricity still will be needed to run the geothermal pump that will transfer the energy to the house.

For more information about the geothermal option, contact the professionals at Gilbert Home Comfort. Call today to arrange a property inspection and initial estimate. 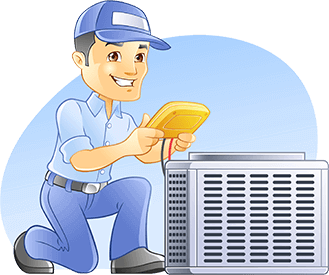 Do You Know Why Professional Air Conditioner Replacement Is Of Fundamental Importance?
2017/07/21 Read More...

Do You Know Why Professional Air Conditioner Replacement Is Of Fundamental Importance?
2017/07/21 Read More...